Garrett Hedlund is an actor. Hedlund has no children. 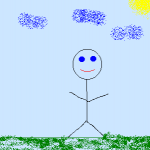